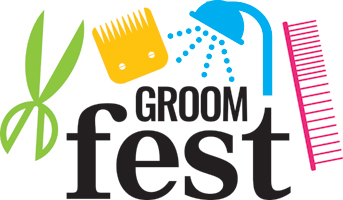 Creating a rewarding career from a passion is the ultimate dream and one that Melanie Newman has been able to pursue for over fifteen years. Starting out as a dog bather at a friend’s salon in the late 1990’s, Melanie relished the time she spent with the animals and decided to turn her passion into a lifestyle.

Initially self taught, Melanie ventured to the US to attend seminars and workshops hosted by the best dog groomers in the world and opened her own professional dog grooming salon, Spa Bark Dog Grooming & Spa, in Moonee Ponds Victoria in 2004. She was formally recognised as an Internationally Certified Master Groomer in 2008.

Melanie’s work has taken her to grooming competitions across Australia and New Zealand, Holland, Germany, Spain, Italy and various parts of America, and she was crowned the Australian Royal Supreme Grooming Champion in 2013. Among her other accolades, Melanie has won best in shows with Miniature Poodles, Standard Poodles, Bichon’s and Welsh Terriers.

Mel has taken on the role of Victorian Assessor for Certificate 3 & 4 for International Grooming Company and has been a grooming instructor for the Victorian College of Dog Grooming. She is a member of Dogs Victoria and is often asked to be a keynote speaker at industry events. Mel represented Groom Team Australia in Barcelona Spain in 2013 , Milan, Italy in 2015 and Kortrijk , Belgium 2017. In November 2017 Mel competed at the Artero Grand Slam competition in Barcelona , Spain where she competed against 400+ groomers from around the world and won Best In Show , She is the only Australian groomer to win a Best In Show in Europe.

Over her 20 year career, Melanie has strived to give the animals she works with the best quality care, but always found it difficult to find products that were of a high quality, were gentle on the pets and groomers, and left the coat feeling refreshed and clean. Over a two year period, Melanie and her husband Cory created the Melanie Newman Salon Essentials collection, a range of premium canine grooming products that both the dog grooming industry and home pet owners can be proud to use on their animals.

Melanie Newman Salon Essentials is distributed exclusively in the UK by Purple Paw .

Get in touch with our team on any of the details below or for an instant chat use the WhatsApp / Facebook via the button at the bottom of the page.

We’d love to hear from you.